Since joining the World Trade Organization (WTO), the country’s economic size has grown from sixth to second largest in the world. The trade in goods grew from the 6th to the first, the trade in services from the 11th to the second place worldwide.

It leads the developing world in the use of foreign investment, while foreign direct investment has risen from 26th to first place.

The changes reflected China’s consistent efforts to engage the world economy by facilitating world trade and investment and maintaining multilateralism.

The most recent steps to expand the opening came at the fourth China International Import Expo (CIIE), which began Thursday. At the expo, the country announced that it would set up further demonstration zones to creatively promote the import trade. It will also promote the Silk Road e-commerce.

China previously designated several cities for the development of international consumer centers and promised the CIIE that the construction of such centers would be accelerated. It would also establish a modern logistics system and strengthen its cross-border logistics capabilities to share the fruits of opening up with the world.

Since 2013, China has set up 21 pilot free trade zones, which represent the new high point for opening up. In recent years there have also been opening measures, including the passing of the Foreign Investment Law, the introduction of national treatment before establishment and the shortening of the negative list for foreign companies.

The country has always supported multilateral and regional mechanisms to play a bigger role and developing countries to gain greater representation.

Last month, China formally applied to join the Comprehensive and Progressive Agreement for the Trans-Pacific Partnership, promising more efforts to expand market access than its practices in any existing trade pact.

The Regional Comprehensive Economic Partnership (RCEP), which comes into force on January 1, 2022, is the world’s largest free trade agreement and covers around 30 percent of the world’s population.

China, a member of RCEP, has expressed its willingness to further advance economic integration and recovery in the region through mutually beneficial cooperation with ASEAN on many occasions.

The signing ceremony of the Regional Comprehensive Economic Partnership (RCEP) agreement will take place via video conference on November 15, 2020 in Hanoi, Vietnam. (VNA via Xinhua).

George Ye, vice president and general manager of Edwards Lifesciences Greater China, said China has made vital contributions to the world economy since joining the WTO.

The company is honored to see China meet its WTO commitments, continue to open up to the outside world, accelerate trade and investment liberalization and facilitation, and improve its business environment, Ye said.

An old Chinese proverb says: “A single flower does not make spring.” China’s efforts to open up never lead to development behind closed doors, but to mutual benefit for all.

Over the years, China has introduced several measures to lower market entry barriers in order to share market opportunities with the rest of the world.

It fulfilled its promise to reduce the import tariff for goods from 15.3 percent when it joined the WTO 20 years ago to 9.8 percent. Currently, their total import tax is 7.4 percent below the average of the WTO’s developing members and is approaching the level of the organization’s developed members. 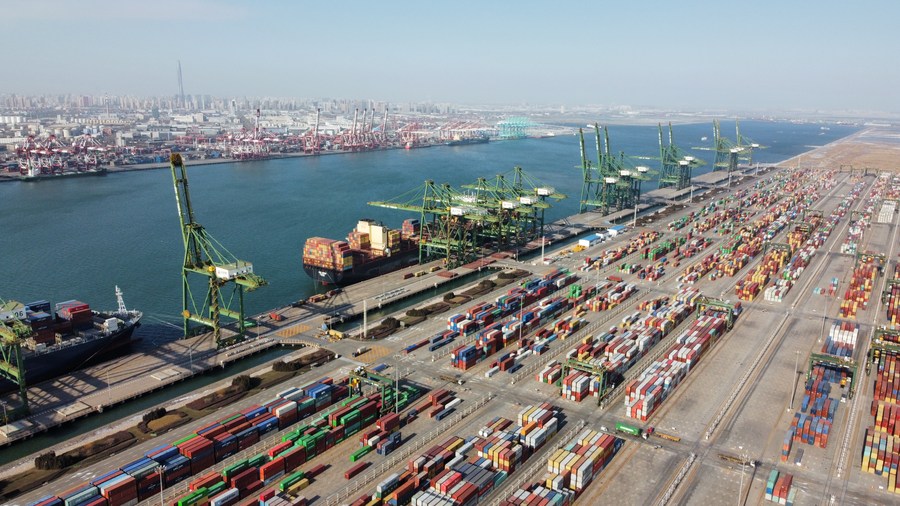 The aerial photo from January 11, 2021 shows a view of the Pacific International Container Terminal in the port of Tianjin in the northern Chinese municipality of Tianjin. (Xinhua / Zhao Zishuo).

The country has also sought to provide public goods to facilitate global and regional economic and social development.

The CIIE, the world’s first international import-themed expo, is one of those platforms for international procurement, investment promotion, cultural exchange and open collaboration.

The ongoing fourth edition of the expo has attracted nearly 3,000 companies from 127 countries and regions. More than 80 percent of the 500 world’s leading companies and industry leaders that have participated in previous trade shows are here this year. The total exhibition space for companies has grown to 366,000 square meters.

This year a record number of US companies are attending a larger venue. 90 companies from 33 least developed countries also take part. 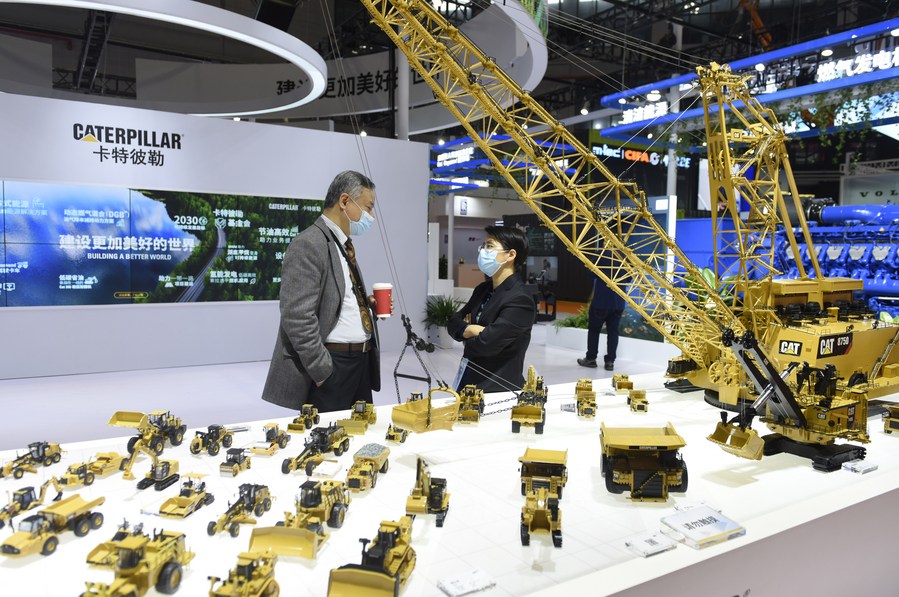 Visitors talk to each other at the Caterpillar booth during the fourth China International Import Expo (CIIE) in Shanghai, east China, Nov. 5, 2021. (Xinhua / Xu Liang).

In the past 20 years, China has become the largest trading partner of most developing countries. Significantly, thanks to its duty-free and quota-free market access initiative in favor of these countries, the country absorbs 20 percent of the exports of the least developed countries, Grynspan said.

With a view to further business opportunities in the world’s largest market, attendees from around the world have touted the CIIE as a platform for participating in China’s development dividends.

Jose Vinals, Chairman of Standard Chartered Group, said the show is exciting and provides a powerful platform for exporters, suppliers and service providers around the world to connect with the opportunities in China.

Regarding China’s transformation over the past two decades, Fabrice Megarbane, President of L’Oreal North Asia Zone and Chief Executive Officer of L’Oreal China, said the country has committed to making the market more stable, transparent, predictable and fair .

“It has also brought prosperity and stability to the whole world – from streamlining administration and delegation of power to lowering taxes and fees, international exchanges and local innovation,” said Megarbane.

The Belt and Road Initiative (BRI) proposed by China, another global public good, has grown into the world’s largest international cooperation platform over the past eight years, with over 200 cooperation agreements between China and over 170 countries and international organizations.

Through the BRI, combined with the competitive advantages of different countries, China has offered investments to accelerate economic development and promote social welfare, said Sergei Glazyev, board member (minister) of the Eurasian Economic Commission.

China is a leader in the world’s socio-economic development, and its proposal to build a community with a common future for humanity inspires many Eurasian countries, Glazyev said.

WTO Director General Ngozi Okonjo-Iweala said China has successfully positioned itself at the center of many global value chains. These manufacturing and trading networks not only provided a lifeline for many countries during the pandemic, but also increased the quantity, quality and variety of goods available worldwide.

Looking back over the past two decades, China’s accession to the WTO is nothing less than the completion of the largest trade bridge between China and the West since Marco Polo’s expedition in the 13th century, said Okonjo-Iweala.

“The WTO would not be a World Trade Organization without China,” she said on video at a high-level meeting on Friday marking the 20th anniversary of China’s accession to the WTO.

China urges the US to keep up an open, honest surroundings for scientific and technological improvement
admin December 16, 2021

China urges the US to keep up an open, honest surroundings for scientific and technological improvement