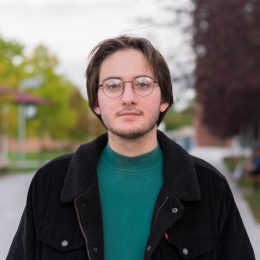 Capitalistic foreign policy has become a global phenomenon, with the trade of goods through supply chains catalyzing the exchange of philosophy, culture and knowledge. In addition, the technological revolution that keeps chugging in parallel to the lowering of economic barriers between nations has provided near instant communication between people who, only a century ago, wouldn’t interact in a lifetime. There are many benefits to quickening the pace and efficiency of global interactions, such as convenient transportation of many diverse goods into our homes or a slow rise in tolerance and empathy toward people outside of our borders. However, there are many flaws in the machine. One such flaw is a so-called “race to the bottom,” in which unskilled workers are paid lower and lower wages due to open competition between developing countries. However, if we look beyond the economic and political concerns, there lies a problem in globalization just as existential as what I’ve mentioned so far: loss of diversity.

There are notable positives to the globalization process. Increased interaction between individuals across borders does not necessarily lead to invasion of cultural sanctity. In fact, if rich capitalist nations and other influential nations decide collectively to respect the importance of global diversity, our global society could be marked with pluralism rather than homogeneity. Indeed, the importance of coming together in the face of the climate crisis necessitates that we make domestic sacrifices to protect the future. Shedding some of our differences may be a vital component in combating pollution and the effects of global warming. As resources become scarcer, a unified public with less collective action problems will be more efficient in distribution of necessities and ecosystem destruction. The integration of cultures is also not easy to define or determine, as the consequences of globalization on global interconnection are complex. It has been theorized that cultures will borrow and incorporate elements from each other, creating many diverse hybrid forms of multinational cultural identity. This is not necessarily a bad thing, and globalization has led to the growth of many social and cultural crossovers, such as K-pop’s influence in the West or the increase of democratic ideas in regions like Eastern Europe. While these positives exist, I believe that removing the negative homogeneous effects of globalization begins with a distinction between nations sharing unique cultural practices and nations possessing cultures through abuse of economic advantage.

National identity, language, heritage, local economies and diverse traditions preserve the diversity of human society. While I will not be arguing against globalization, one of the side effects of a globalized economy dominated by the United States and Europe is the possible deterioration of cultural diversity. If integration continues to be led by multinational corporations and politicians who don’t understand the concerns of citizens on different continents but seek to take hold of their society through capitalist interaction, such as foreign direct investment, we may risk “[drowning] out local economies, traditions and languages,” according to BBC Bitesize. When developed Western countries latch themselves onto developing nations, there is a two-way exchange that is dominated by economic power. The Western country seeks to benefit itself the most by changing the developing country’s domestic culture to a more familiar tone and shape. In opposition, the cultural diffusion from the developing country may be colonized by the corporations, peoples or government of the developed country, demolishing the uniqueness of a tradition or custom. This type of globalization, also co-led by Western banks and institutions, is an immediate threat. However, there are strategies that can be implemented to improve the way in which we globalize.

When considering the conflict over cultural erasure due to globalization, I cannot help but be reminded of the defining globalist system of 19th- and 20th-century colonialism. One of the dangers of Western powers extending their influence into developing nations around the world is the risk of cultural imperialism. According to Encyclopedia Britannica, cultural imperialism is defined as “the imposition by one usually politically or economically dominant community of various aspects of its own culture onto another nondominant community.” US involvement in the Middle East and response to the spread of communism are certainly examples of the government attempting to impose US ideals internationally, albeit with limited success. Powerful European countries and the United States have a long past of cultural erasure, and the current system, which essentially leaves the power of these nations unchecked on a global stage, is a worrying sign, even if many of these countries are democracies.

There’s evidence that politicians in the United States still don’t even recognize the significance of cultural erasure domestically. In April 2021, former Republican Sen. Rick Santorum said, “We birthed a nation from nothing. I mean, there was nothing here. I mean, yes we have Native Americans, but candidly there isn’t much Native American culture in American culture.” This was part of a speech at a conservative conference regarding the foundation of the United States. If politicians like Santorum gain federal power — and they will — the current system could easily be used to impose American ideals on those who don’t want to live in a society that resembles the United States. However, there are preventative steps that can be taken to ensure cultural protection.

The most effective way of continuing to promote positive cultural integration while blocking cultural imperialism based on the abuse of economic power is to set up global institutions to be more representative of developing nations and poorer nations. The World Trade Organization (WTO), United Nations (UN), North Atlantic Treaty Organization (NATO) and International Monetary Fund (IMF) are important global institutions that create prosperous international relationships and ethical sanctions, but they also heavily favor Western power. I have discussed the imbalance in international institutions before, and once again, I believe that amending international democratic institutions can be the solution to many of our international problems — in this case, cultural imperialism. The structure of the IMF, for example, can be changed to check the veto power of the United States, thereby allowing developing countries to protect domestic economic interests and preserve cultural identity. The UN can also pass resolutions that highlight the importance of preserving domestic identity and preventing cultural imperialism in addition to giving weaker economic countries more power on the economic and security councils.

If we are to work together globally while preventing cultural imperialism, we must seek to delegate more power to countries that are treated as second-class citizens on the international stage, following democratic protocols. If not, the developed countries of the world may colonize weaker nations again, albeit through social rather than physical invasion.

Sean Reichbach is a freshman double-majoring in economics and philosophy, politics and law.

Managers in Davos will deal with the cultural dimensions of “Globalization 4.0”
admin October 7, 2021

“Squid Recreation” is a sport changer for cultural globalization

Managers in Davos will deal with the cultural dimensions of “Globalization 4.0”