A new study of trash heaps at rest stops along the ancient Incense Route in the Negev Desert shows it was a two-way street for trade. Contrary to previously held theories, the intrepid camel merchants carried goods both to and from the region in what the researchers call “a process of pre-modern globalization.”

“We were trained to think that the road functioned mainly in a one-way direction. We found that a significant amount of the finds were also carried by traders that carried loads of organic material from the fertile land,” University of Haifa Prof. Guy Bar-Oz told The Times of Israel.

“The most surprising finds were materials that originated from the west, ie, the Mediterranean Sea and the Nile,” he said. It had hitherto been understood that trade had run from the Arabian Peninsula, ie, east to west.

In the recently released study, “Caravanserai middens on desert roads: a new perspective on the Nabataean–Roman trade network across the Negev,” published in the bi-monthly peer-reviewed journal of world archeology Antiquity, the middens, or trash heaps, of three small Nabataean–Roman desert caravanserai along the Incense Route in the Negev were examined to assess the material culture of the nomadic traders and where it came from.

The Incense Route was at its height during the Nabataean and Roman periods (roughly 300 BCE–300 CE) and linked the Arabian Peninsula and Red Sea to the Mediterranean Sea. It was the main thoroughfare for spice and perfume transport and is dotted by settlements and smaller roadside inns, or caravanserai.

“Our aim here is to demonstrate the potential of the middens left by caravan traders as social archives, and as a complementary source for understanding the social and economic organization of the caravan trade,” write the authors, including Bar-Oz, Roy Galili, Daniel Fuks, Tali Erickson-Gini, Yotam Tepper, Nofar Shamir and Gideon Avni.

“I think that it is among the first times that we actually touch some of the materials that were moving along the incense roads; many were known before only from historical sources. The archaeological material provides us with new ways to measure and quantify the magnitude and type of trade that was moving along the road,” said Bar-Oz.

Discovered organic materials include fish and shellfish that came from aquatic sources such as the Nile River, the Red Sea and the Mediterranean, and fruits, including grapes or raisins, olives, pomegranates and peaches, Bar-Oz said. At the same time, the archaeologists found potsherds for ceramics that originated in Petra in the east.

“Two millennia ago, the trade of perfumed oils and incense resins was extremely important in societies around the Mediterranean basin and prompted long-distance, intercultural contacts between places as far away as Southeast Asia, India, Yemen, Alexandria and Rome. This is what makes working in sites along the Incense Road so very interesting,” the Israel Antiquities Authority’s Erickson-Gini told The Times of Israel.

According to the 1st century CE Roman philosopher Pliny the Elder, crossing the section of the Incense Route that spanned from Yemen to Gaza took some 62 days. Within this segment, there are several large settlements and a multitude of caravanserais. Three from the Negev section of the route are included in the study: Orhan-Mor, Sha’ar-Ramon and Neqarot Fort. 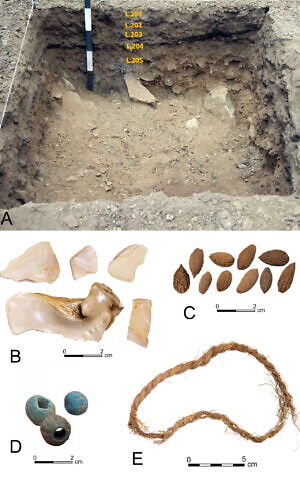 Trolling through trash in the smaller road stations, said Bar-Oz, teaches about the magnitude, diversity and type of material that was consumed along the route. Or, what people ate at a motel along Route 66 versus in the big city of Chicago.

Although several sites along the trade route have previously been excavated, “this is the first time that the middens at sites along the Incense Road have been investigated so extensively, using up-to-date technology and scientific analyzes such as radiocarbon dating,” Erickson -Gini told The Times of Israel.

“The new project uses very careful and exact collection methods and great attention is paid to very small details such as the shells, animal bones and other organic material. A great deal of information can now be achieved through very small finds such as these,” she said. Erickson-Gini noted that the arid Negev uniquely preserves organic material, meaning that the finds are of “particular importance in quality and quantity compared to other regions.”

The current study was a pilot project for future research. In follow-up research, Bar-Oz plans to search for trash heaps in more distant dumps along the Incense Route.

“We hope that in the future we will be able to establish a multi-country research initiative on the organic commodities of the ancient Incense Trade Route (ITR) that stretched between Oman, Arabia, and the Eastern Mediterranean, forming the focus of international commercial trade,” said Bar-Oz. 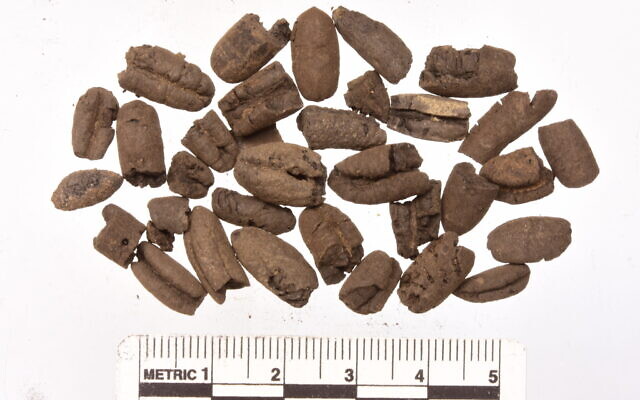 “This ambitious joint initiative among research institutes will build on lessons from the past to impact the future of our societies with the goal of working toward more sustainable arid-land economies,” said Bar-Oz.

Bar-Oz expects that the project will create opportunities for developing tourism, science and education.

“Only a part of the Incense Road runs through Israel. The most intensely investigated part, and the shortest part, runs through southern Israel,” said Erickson-Gini. “Hopefully, in the future it will be possible to join forces with researchers working in neighboring countries.”

We’re really pleased that you’ve read X Times of Israel articles in the past month.

That’s why we started the Times of Israel ten years ago – to provide discerning readers like you with must-read coverage of Israel and the Jewish world.

So now we have a request. Unlike other news outlets, we haven’t put up a paywall. But as the journalism we do is costly, we invite readers for whom The Times of Israel has become important to help support our work by joining The Times of Israel Community.

For as little as $6 a month you can help support our quality journalism while enjoying The Times of Israel AD FREEas well as accessing exclusive content available only to Times of Israel Community members.

Thank you,
David Horovitz, Founding Editor of The Times of Israel

Tags:
Previous Article
How has globalization affected Canada and Whistler?
Next Article
Globalization Is Anticipated To Increase The Gross sales Of Soil Evaluation Know-how By 1.8X Over The Decade – Reality.MR – Queen Anne and Mangolia Information

Globalization Is Anticipated To Increase The Gross sales Of Soil Evaluation Know-how By 1.8X Over The Decade – Reality.MR – Queen Anne and Mangolia Information
admin May 12, 2022